We are a not for profit organisation, with an emphasis on family and community values. We ensure that our care recipients enjoy quality and compassionate services in a loving and caring environment. Our focus extends to the total wellbeing of individuals receiving our services to incorporate their physical, mental, social and spiritual wellbeing.

Today we own and operate two beautiful facilities – a charming villa style development in the suburb of Fulham, and the stunning new House of Saint Hilarion at Seaton which was purpose built and completed in 2010.

The Society of Saint Hilarion was founded as a cultural and religious body in 1955 which formally became incorporated in 1974. Our origins are owed to the passion of a group of migrants who settled in South Australia after migrating from the town of Caulonia (and surrounds) in southern Italy, either side of World War 2.

In 1987, the Society of Saint Hilarion entered into the aged care sector with the purchase of a nursing home at Lockleys, in Adelaide’s western suburbs. Since that time, we have grown to become a boutique aged care and community service provider in Adelaide, South Australia. 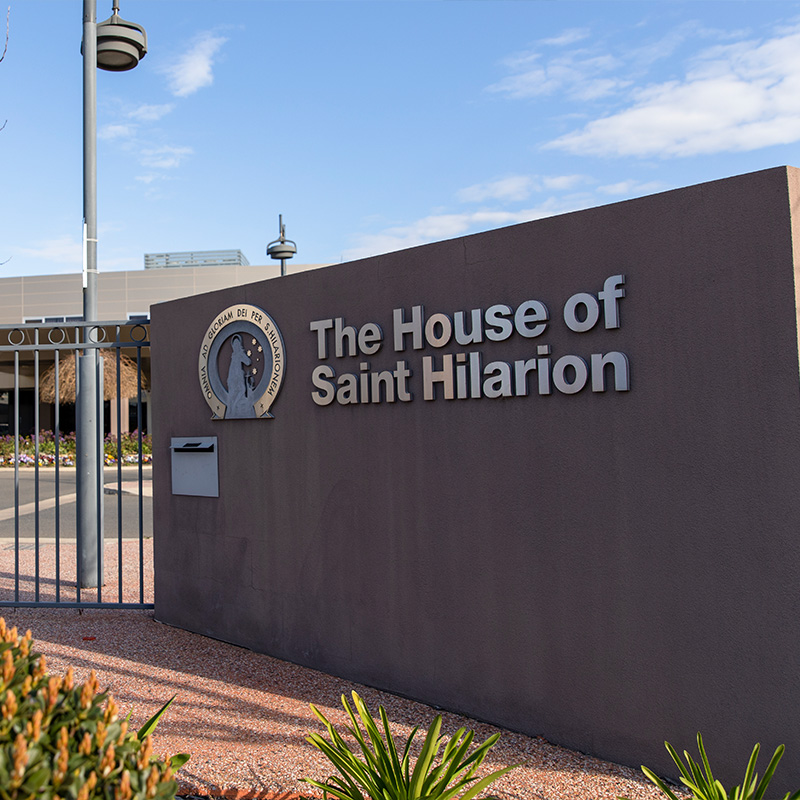 Saint Hilarion promotes wellbeing by supporting the physical, social, emotional, cultural and spiritual needs of the people we care for. This is evident throughout our services in relation to the type of care we offer, the staff that we employ, and the environment within which our care is delivered.

We actively listen to and partner with our care recipients,  identifying goals they would like to pursue and the way in which they would like to receive care. Our multi-disciplinary flexible approach ensures that a broad range of services are available onsite. As we employ a wide range of professionals, care recipients can build sustainable relationships with the people who provide their care based on dignity and respect. 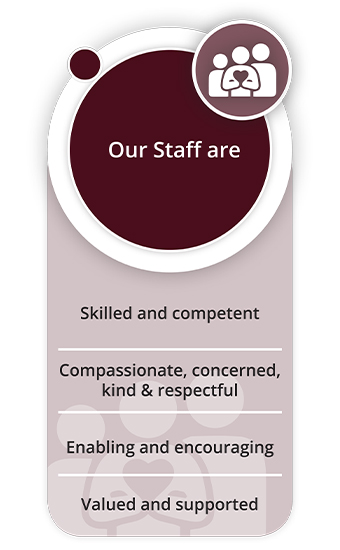 In addition to possessing skills and knowledge commensurate with their role; potential staff must also demonstrate qualities including compassion, concern, kindness and respect. Once employed, staff are responsible for allowing our care recipients to determine their choice of independence and encouraging wherever possible to attempt new goals. To ensure we retain high quality and experienced staff we have implemented a wellbeing program that values and supports staff throughout their time with Saint Hilarion. 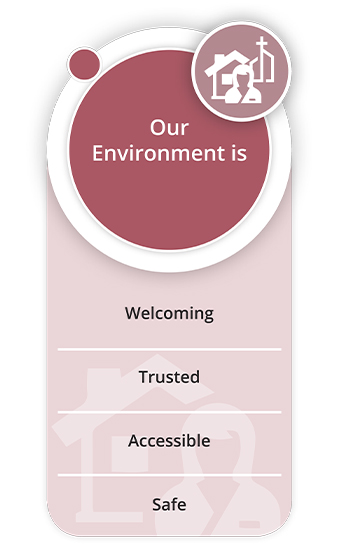 We aim to provide and promote an environment where the people we care for can continue to live and thrive as individuals, have fun and age well. Our physical and emotional environment ensures that our care recipients, their families and friends, and the general community feel welcomed, safe, and secure whenever they engage with our services. Interesting indoor and outdoor spaces promoting the use of large communal and more intimate common areas cater for individual reflection and social interaction. We ensure that our environment is spiritually, socially, and emotionally safe and that the identity of the person we care for is always respected and supported.

Saint Hilarion Aged Care is a focal point within the Christian community – a vibrant, inclusive and highly respected facility, where older members of the community can thrive and embrace life. Our purpose is to improve the lives of older people by consistently providing high quality aged care services within a culturally diverse Christian environment. 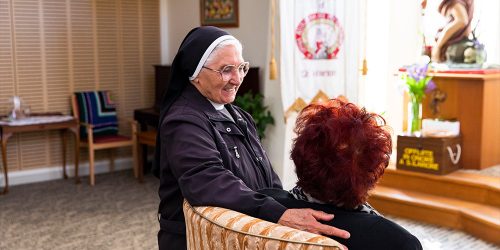 Our interaction with everyone connected to Saint Hilarion Aged Care will generate positive feelings of dignity, worth and consideration. At all times we will respect the needs and choices of people receiving our services and will be inclusive and accepting of diversity. 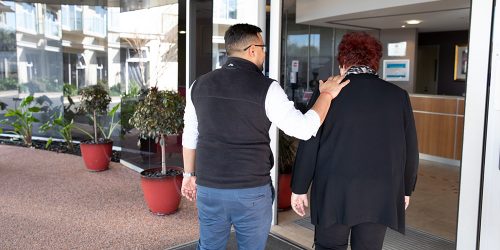 We will act fairly, with honesty and integrity resulting in our care recipients, staff and volunteers feeling safe and protected at all times. We view the role of caring for our residents as a privilege. 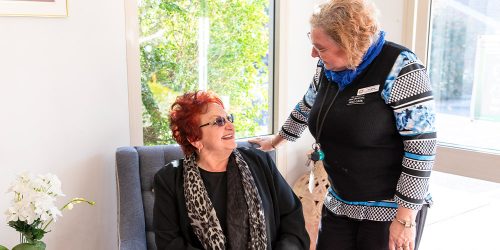 Our Italian heritage has given us an authenticity where warmth, care and compassion are at the centre of our service. We will operate in an environment where our care recipients, their families, staff and volunteers will be supported and nurtured to achieve their goals.

We accept the responsibility for providing high quality and effective care to our residents. We are committed to our staff being qualified and skilled and that they are supported with ongoing education and professional development. Our services will continually improve and we will strive to gain the best possible value from our resources.